I'll be updating this blog from time to time, but in the meantime I've created a new one, A Muddy Life, dedicated to learning and living off the grid. Head on over and have a look. I appreciate your support and hold you'll Enjoy!

Challenging Cultural Assumptions: He Refused to Shake My Hand

It happened about a year ago. The circumstances were rather ordinary. In fact so was the man. A thirty-something guy wearing shorts, a Ralph Lauren polo shirt and flip flops, he looked like he'd just walked off the beach in California. A new client who came to our house to review some architectural drawings, my husband Richard greeted him first. They shook hands and exchanged pleasantries. As I approached, this man leaned in and whispered something to Richard and they both glanced up at me.

Despite an uneasy intuition, I extended my hand as I had been taught to do since I was a child. And it lingered there, untaken, unwanted, heavily suspended for maybe only a moment or two, but they were moments filled with confusion, humiliation and the slow but certain realization that this man was refusing to touch my hand . . . because I'm a woman.

My husband took my outstretched fingers and cupped them in both his hands, a gesture which was both loving and diplomatic.

In my humiliation, I experienced this as : my husband seized my offending fingers and hid them away in his hands, a gesture which was both blatant and condescending.

"________ is not permitted to shake a woman's hand for religious reasons," Richard explained to me slowly.

As an parent might say to a young child, "Mommy and Daddy are having an adult conversation."

I looked back and forth between the two of them, heat branding my cheekbones wondering when the joke would be up. Sensing my confusion, this man began to speak. "As I was telling your husband . . . don't want to offend . . . happy to meet . . . awkward the first time . . . ."

Because he was tall and I couldn't bear to look directly up at him, I focused instead on the large insignia on his shirt--a huge, stitched blue polo rider on a bright orange background. I focused on it's iconic familiarity, an image that reminded me of America. America mocked. I focused on the regular, perfect machine stitches that wound through the fabric, thousands of piercings coming together to form a pattern. Something recognizable, mundane, detached.

"Yes," I said finally when I realized he'd stopped speaking. "I see. It's nice to meet you." I even managed a smile.

I am, after all, nothing if not polite.

Living in Senegal, I knew the chances were good that one day I would encounter a man who would be unwilling to shake my hand. But I envisioned such a manifestation dressed in traditional Muslim robes, head turbaned in cloth, weathered face barbed, dark, Arab, foreign. Me the stereotypical Western woman, he the caricatured Muslim. And I would defer, because it's not personal. It has nothing to do with me. Personally.

But here was a fair-skinned, freshly-shaven, flip-flopped, 4 X 4-driving guy who, under different circumstances, I would have offered a cold beer to. And this is where the problem lies. This problem of perception, my own.

I thought about what it will be like to meet this man's veiled wife, to gauge her humanity through her eyes. She is expecting their first child, a girl perhaps. A girl who may one day be devastated when her father tells her she must cover her silken hair or mask her smile. Or am I wrong? Perhaps she'll be proud to dress like the other women in her family.

In a dream that night, I dove deep into a soft pile of veils discarded in the street which had been trampled by cattle and were now dusty and torn. I was desperately looking for someone who was just out of reach, and I became tangled and tripped.

I dreaded seeing this man each time he came to our house to meet with Richard, waving vaguely at him from a distance. Respecting that distance, he would greet me with a smile and put his hand over his heart, not unlike the way we Americans pledge allegiance to our flag.

Months went by. I met his wife and their newborn son. Although her head, legs and arms were fully covered, his wife wore white patent leather sandals with huge green flowers blooming between her exposed toes. Shoes that reminded me of Easter. I held her baby, she drank some tea. I asked her questions about growing up in Lebanon. She asked about life in New York City, where she has always dreamed of visiting. We discovered we both love to write and cook and share a love of languages. She agreed to teach me Arabic. I promised to help her brush up on her English. The secret to a good Tabbouleh, she told me, is a higher ratio of parsley to grain and lots of lemon juice. It drives her crazy that her husband leaves his dirty socks on the floor and why is it that men never seem to hear the baby cry during the night? We are similar, the two of us.

While the walls of his house were being built, this man planted a large garden and each time we passed by his land to check on construction, he would give me fresh organic vegetables to take home. I made a vegetable lasagna for them.

They invited us to lunch. A grand table bursting with food and relatives, loud talk, laughter and languages. Cous cous and stuffed grape leaves and lamb, fish and eggplant, mashed soft with cumin. The lemon squares I had brought. I met this man's distinguished and gentle father--a Lebanese Muslim-- and his lovely mother-- a French Catholic. Lovers who fought against social, familial and religious opposition to marry. Their son was allowed to choose his own path and did so as a teenager, travelling to Lebanon to study Arabic and the Koran.

His mother told stories of him as a young boy: picky eater, shy but always getting into trouble it seems. This man blushed. He served his wife a plate of food and took the baby while she ate, cooing and bouncing him gently in his arms. He told a funny joke. I laughed.

It began to matter less and less, my hand.

On Easter Sunday, my son broke his leg in a remote village far from medical assistance. Richard called this man and asked for help. He is a biologist, specializing in blood analysis and is therefore meaningfully connected to the medical community in Dakar.

Don't worry. I've made some calls. They're waiting for you.

He came every day for three days, this man, gliding into the room in his lab coat and sitting with Jamie watching bad cartoons in French, ruffling my son's hair on the way out, stopping to talk to his nurse, sending up extra cookies.

As he passed me on his way out on the last day, he placed his hand over his heart as usual. This time, so did I. And I thanked him from the very bottom of mine.

While there is a very real world where misogyny, mistreatment and suppression of women prevails, there are also cultural assumptions that we hold for truth which color our experiences. Many assume (as I did) that a Muslim man who declines to shake a woman's hand does so because he believes the woman is "unclean" or "unworthy." The fact is that touching of any kind, but particularly the touching of hands between a man and a woman, is considered highly intimate and is therefore reserved exclusively for his wife (and immediate female relatives). By not shaking my hand, "this man" has shown dedication to his religion and respect for his wife. He shakes my daughters hand, and will continue to do so until she reaches puberty.

Placing the right hand over the heart as a formal greeting is considered a sincere sign of respect.

Posted by Africanellen at 4:08 AM No comments:

Working on the Omelet: Thoughts on Cooking and Unschooling/Life Learning Magazine Article

A Turning of the Soil/Natural Life Magazine Article

The Detective and The Navigator: How They Learned to Read and Write/Life Learning Magazine 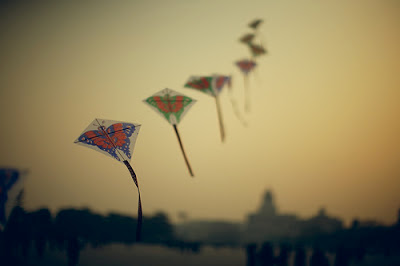 When I stopped to buy vegetables at the village stand this morning, Diarra, the Senegalese woman I buy from, took my hands. She had tears in her eyes.

"Why so many guns?," she asked. It was an earnest question that deserved an honest answer.

"Because they're easy to get," I replied. "And people have the right to own them in the United States."

She shook her head.  "I don't understand."  Her daughter, who is two or three, had gotten sand in her mouth and started crying. She picked her up and wiped the grit from her tongue with her fingers.

"You should bury your guns, not your children."

Believing the world to be small and intimate and woven together by family, she asked if any of the children were my relatives. I told her no, that I didn't think I knew anyone directly involved.

"We are all involved," she said, "where children are concerned."

Children have that capacity. They erase borders, straddle cultures, muddy the skin, weave religions, blur barriers, meld langauges, and wring the collective human heart when they are lost.

Like kites, lifted and light, they have already forgiven us and soared away, leaving us to wonder how the strings slipped through our fingers.

Posted by Africanellen at 8:33 AM No comments: